DocPoint – Helsinki Documentary Film Festival presents 71 films available online in Finland from Friday the 29th Jan at 12:00 noon to Sunday th Feb at 23:59 (except for GUNDA which is only available for 48 hours from Sat 30th at 12:00 noon). Daily themes and topicshelp navigate through the programme presented at whole here.


The opening day dives deep into the world of oceans and waters! Anna Antsalo’s opening film WALK THE TIDELINE follows today’s beachcombers – treasure hunters and beach cleaners, and tells stories about ourselves through the trash we think we have left behind. FISH EYE is a sombre meditation of commercial fishing that looks at the human and ecological side of the trade. THE OTHER ONE is skillful and enigmatic portrait of an elderly Chilean man whose life by the sea in almost total isolation is accompanied by only one conflicting partner. In ONCE UPON A TIME IN VENEZUELA a small Venezuelan village, sinking underwater, serves as a metaphor for the country itself, permeated by corruption and blight. PURPLE SEA is an unforgettable piece of experimental cinematic art about hundreds of refugees on a sinking boat. Sundance favourite ACASA, MY HOME follows a family, evicted from their home of twenty years in the wilds of the Bucharest wetlands after the city comes knocking with plans for a public park.


Second festival day is dedicated to indigenous peoples. Presented at the Finnish Competition, EATNAMEAMET – OUR SILENT STRUGGLE is a depiction of of the Sámi politics of Finland and the Sámi people’s battle for their existence, directed by Suvi West. An in depth discussion of the topic will be arranged online: “Finns who think they own Sámi land“.

The beautiful opening film of IDFA, NOTHING BUT THE SUN, shows the effects of Christianity and colonialism for Ayoreo people living in Paraguay. END OF THE LINE – THE WOMEN OF STANDING ROCK is a fresh documentary about the protest of the indigenous people of North Dakota that went viral a few years back. NEWTOPIA is a film about search for utopia in Indonesian jungle, lead by the shaman Aman Paksa. MAKONGO is a portrait of aka pygmies living in Central Africa and NO KINGS follows the life of Brasilian caiçara people between rain forest and The Atlantic Ocean.

Traditionally, animal-themed films have been amongst DocPoint’s favourites. This year, the lineup includes Russian maestro Viktor Kossakovski‘s creation GUNDA, as well as a peek into the everday happenings of an Iranian zoo, as seen through a tiger’s eyes in MAYA. Animals shine in the spotlight, however both film also bring the strained relationship humans have with nature to the forefront. NOTE! GUNDA is exceptionally only available to watch for 48 hours starting from Saturday 30.1 at 12.00 noon!

February kicks off Black History Month – with DocPoint proud to support such an important cause.

The Sam Pollard directed MLK/FBI, uses samples of archival material to dive into the depressingly timely themes that surrounded FBI director J. Edgar Hoover‘s obsession with Martin Luther King Jr., structural racism, and the power of the media. DOPE IS DEATH is a surprising combination of Black Panther activism and acupunture.

Under the themed umbrella of humans and the environment, we see a nomadic tribe striving to provide an education for their young community members in SCHOOL OF HOPE, as well as the futuristic visions of Finnish designer Henrik Wahlforss, who gave up his career in the 1980s, and whose predictions are realized in extraordinary ways, as seen in FUTURE REMAINS. The theme also houses the previously mentioned END OF THE LINE – THE WOMEN OF STANDING ROCK, PURPLE SEA, and ACASA, MY HOME. Following the story of young Swedish activist Greta Thunberg, I AM GRETA will present its tv premiere on Yle’s Docventures programme on Tuesday. DocPoint’s artistic director Kati Juurus will make an appearance on the show which begins at 20.00. 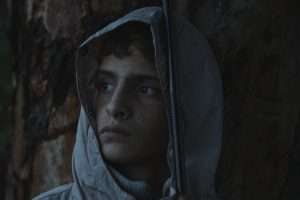 Films which dig into the relevant theme of human rights are A SONG CALLED HATE, which is the brazen account of an Icelandic activist troup who took part in the Eurovision Song Ccontest, and Gianfranco Rosi‘s newest mosaic masterpiece NOTTURNO. As part of the National Competition series, PEOPLE WE COME ACROSS chronicles a group of Finns who travel to Benin to take part in a diarrhea vaccine research.

On Thursday we travel to Africa! RUMBA RULES, NEW GENEALOGIES provides Kinshasa’s coolest parties, as the Brigade Sarbati Orchestra trains, dances, fights, fiddles, and plays so hard, you feel hot just watching it! Kenya’s Oscar entry THE LETTER details modern-day witch hunts, which are layered with superstitious folklore and traumas of a violent colonial past. SOFTIE is a Sundance-awarded peek into the everyday life of Nairobi’s middle-class, and Kenya’s political violence, MAKONGO follows Central Africans aka Pygmies, and STOP FILMING US leads us to the topic of the evening’s webinar: HOW WE LOOK AT AFRICA starting at 18.00.

On Friday it’s the men’s turn, as there is a variety of men’s images on display. A very familiar, and very important director to DocPoint is John Webster, whose fresh flick DONNER – PRIVATE presents the nation’s favourite Jörn Donner‘s lesser-known, private side. The frighteningly timely MLK/FBI discloses the obsession that former FBI director J. Edgar Hoover had with Martin Luther King Jr. THE JUMP follows the incredible story of a Lithuanian seaman’s attempt to defect to USA in the 1970s by leaping off a Soviet boat, meanwhile balancing between fact and fiction, IL MIO CORPO stands at the crossroads of two entwined fates in Sicily. Swedish series THE ASSEMBLY – INTERVIEWS FROM THE MIDDLE OF EVERYTHING spotlights the inner-most voices of men in seven delightful and heart-warming short animations. GARAGE PEOPLE sheds a little bit of light on what Russians really get up to in their garages.

In addition to a variety of films, Friday evening also features the lively seminar: THE DRAMATURGY AND STORYTELLING OF DOCUMENTARY FILM, which you can sign-up for by Friday 5.2 at 13.00. You can find more information on the event here! 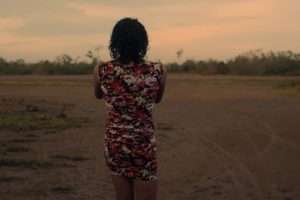 LGBTQ+ is a thematic close to DocPoint’s heart. Digging into the meaningful topic are HER MOTHERS, which is an intimate glance into a female couple’s journey towards motherhood amidst a right-wing populist Ukraine, as well as the rural Mexico-centred THINGS WE DARE NOT DO.

On Saturday we also discover the winners of the International and National Competition series, as well as the audience’s chosen winners!

Sunday 7.2. Theme: alone and together

In honour of the festival’s last day, we explore a topical, and at times heavy theme. Antti Lempiäinen‘s SOLITAIRE DANCE is an intense and touching tale of structural loneliness in Finland. Other films that meld into the alone and together theme include the brave and peculiarly optimistic take on death in MARIKA’S PASSING, and the Sundance-awarded THE EARTH IS BLUE AS AN ORANGE, where the little moments of everyday life continue, despite a raging war. A guest of DocPoint in the past, Helena Třeštíková‘s follow-up documentary ANNY looks at the day-to-day life of a sex worker, while REUNITED presents the Farsi family, who were scattered around the world following the Syrian war. Video calls and memories light the golden moments between the everyday motions of waiting, hoping, and feelings of frustration.

Connections – No One is an Island is a series of interactive documentary film screenings, where you can sign-up from the project’s own pages.