As a national online film festival, DocPoint Helsinki Documentary Film Festival attracted audience around Finland. Ending on Sunday 6th of February the most watched film was Susanna Helke’s Ruthless Times – Songs of Care, which won the National Competition and the audience favourite award.

DocPoint was held mainly online between January 31 to February 6 in 2022. The festival attracted audience around Finland. Festival programme included 64 domestic and foreign films, which received over 10 000 views in total. The viewership increased by a third compared to 2021 festival. DocPoint 2021 was held online as well.

DocPoint-Yle -awards were given on Saturday 5th of February. The National Competition was won by Susanna Helke’s musical documentary film RUTHLESS TIMES – SONGS OF CARE, which dwelled into the difficult work life of social health care workers. The International Competition was won by Ruslan Fedotov’s films WHERE ARE WE HEADED, which depicted people on Moscow’s metro.

Ruthless Times – Songs of Care also won the audience favourite award, financed by the Documentary Guild. It was also the most watched film of DocPoint 2022. The most watched international film was ASCENSION. Directed by Jessica Kingdon, the film was an intriguing study of Chinese capitalism.

The festival audience also found the events. The most watched online event was Ethics seminar. The seminar is available through this link.

The first time held DocPoint FINEST Market will continue for another week. FINEST Market offers best new Finnish and Estonian documentary films for the professionals of the industry to see. The event has gathered a lot of interest and it will be held as a part of DocPoint in the future as well.

Next DocPoint festival will be held at the turn of January and February of 2023.

Inka Achté appointed as the head of programming

The board of DocPoint elokuvatapahtumat ry has chosen Inka Achté as the new head of programming. Achté is a documentary film director and festival distributor from Helsinki, she has nearly 20 years of experience in film and television industry. 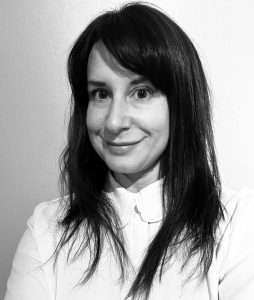 Inka Achté holds an MA in Documentary Directing from the National Film and Television School in the UK. She has worked as a sales agent for documentary films for example in Taskovski Films and Autlook Filmsales companies and has worked as a programmer in various film festivals. Achté has directed documentary features Boys Who Like Girls (2018) and Golden Land (2021).

Golden Land’s world premiere was in DocPoint film festival in 2022 where it received the special mention of National Competition.

”It is wonderful to get to develop DocPoint along with filmmakers and audience during times when documentary films are more popular than ever. I am especially excited about the opportunity to open doors for the Finnish audience to worlds and points of view that we didn’t have access before or we couldn’t even think of” explains Inka Achté.

”I want to be a part of in making more inclusive and diverse film culture that shakes the audience and makes them realise something new about the world they live in. There lies the power of documentary film.”

The position of head of programming is new in DocPoint. Artistic director’s tasks will be divided to two people. Head of programming oversees festival programme’s planning and execution. The professional events and markets will be overseen by another person who will be chosen during the Spring.

These two people will work tightly together and form the core group of the festival with the executive director and the producer. Finnish and foreign programmes help with planning of the yearly festival like before. Similar practise is in use in other film festivals.

Kati Juurus has worked as the artistic director of the festival since 2018. Her fixed-period ends in February. During Juurus’ time the festival introduced National and International Competitions in 2021, and DocPoint FINEST Market in 2022, which presents Finnish and Estonian films to the professional audience.  The new functions have expanded the festival and refreshed its profile. DocPoint warmly thanks Kati Juurus and wishes her well in the future.

DocPoint welcomes Inka Achté as a member of the team!